You are the change

...that the world needs. 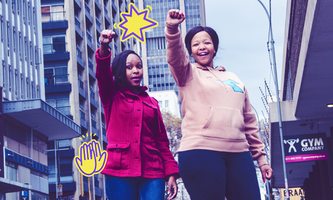 Youth Month is a very important date for young people in our country. Back in 1976, they came together on this day to march against Apartheid and Bantu education, which wanted everyone to learn in Afrikaans.

Even though the day ended with sadness, with some people killed or injured, June 16 will always be a day of victory.

Why? It shows that young people are powerful agents of change. But what about Youth Day in 2017? Sometimes, we hear how this day has become about partying, and how young people have stopped fighting for change.

But you know what? Young people today are also powerful.

Exhibit A: Some of us like braids and weaves. Others prefer locks and afros, but not all schools agree that natural hairstyles are the way to go. Instead of accepting this rule, girls in Pretoria Girls high school demanded to be included. They marched against the rule that required them to stop rocking natural hair. The result? Change! They were supported by other school girls, and politicians… proving that being young doesn’t mean lacking direction or passion to fight for what is right.

Exhibit B: #FeesMustFall. Who brought the country to a stand still, marching to the Union Buildings, to demand more affordable education? Us, young people. And even though that struggle continues, things are changing. Our government and universities know that young people want access to education, and that we’re willing to fight for this right!

There are many great examples that prove that young people are as powerful, passionate and hungry for change as our parents’ generation.Like them, we believe in standing up for our rights.

We are the change the world needs!

Hey...yea girl what you are saying is true I love the way you greeted us ... love u even i dont know u

Youth month is a very important month.I personally think that it reminds us to be anything you want to be.Especially us girls,we get criticized if we want to do something but its meant for boys or men.For an example, professional welding. My grandma has been welding for over 20 years.No ones critics stopped her from dreaming big and living her dream!It doesn't always have to be youth mouth to remind us to conquer!Let's start conquering!

A journey of thousands miles began with one step

You cannot have a positive life and a negative mind

We should carry on the 1976 youth's legacy. We can't afford to let'em down!

If you want change,,you have to be the change you want in life...TRUE OR FALSE

I think it's true

So true Miyya. Thanks for the awesome words Springster.

U better change yourself

You better change yourself 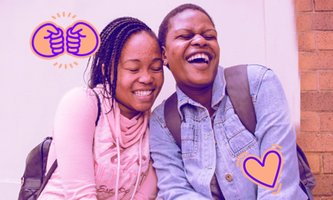