Girls can do that

And so can you… 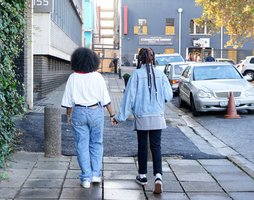 Today, many girls are achieving things that a lot of people thought would never be possible, showing the world that there's nothing girls can't do.

Here are five girls who prove that girls can do whatever they put their mind to:

Laura Dekker from the Netherlands is the youngest ever person to sail a boat around the world on her own. She first had to convince her government and lawmakers who tried to stop her. At 16, she stood up for herself and completed her two-year journey in July 2012.

Mikaila Ulmer founded Me & the Bees Lemonade when she was four years old. The popular drink is made from lemon juice, water and honey. After being stung twice Mikaila decided to learn about the importance of honey bees in nature. Now with every bottle she sells gives money to save bees.

When Eva Tolage was 14 she wrote a letter to US president Barack Obama. In it, she demanded more action to beat poverty in her Tanzanian village and around the world. Her letter inspired world leaders to take action at the United Nations.

Niloofar Rahmani is the first female pilot to be trained in the Afghanistan military. She and her family faced many threats but she persevered to complete her training. She was awarded an International Women of Courage Award for her bravery in 2015.

Judi Lerumbe from Kenya was 15 when her father tried to force her to marry an older man. Her stepmother helped her to flee to a female-only village where girls are able to attend school instead of marrying young. Now Judi works in a museum that helps to create jobs for local women.

Girls can change the world🌍💁🏽‍♀️

hi galz♥️i desperately and badly want to improve my perfomance and marks in marks.but i always feel insecure because in our class there is someone who is a "mathsmaster"and the funny part is she is my deskmate.now everytym i try improving she pressures us down.everytym im studing i think of the unnecessary pressure i will get from her.i need your help and advice galz

best things never let anyone take you down it doesnt mean that you cant do it all of us can do anything just keep on asking questions where you dont understand ,and ask your classmates to start a group work after school you practice in those subjects that you are lacking in ❤

I agree with Lisa we can help

I would like to become an author, but at times I lack motivation. U think if I had a mentor I'd do great.

Hello Candy_leigh That is so cool and you should not give up on your dream.We all lack motivation sometimes especially when things are not working out the way we want them to.You don't have to look too far to get a mentor but you can start with the people around you.Please click on this link and read this article.It will give you a clue on where to start with getting a mentor.We wish you well and believe in you Springster. http://za.heyspringster.com/sections/my-future/get-ahead-in-life-find-a-mentor/

Galy i know u will do great

Hi girls my name gabisile i have problem i dont know haw to say. Sorry to tell yuo about problem but i need help

Hello Tecla Thank you for sharing this with us,it's a really brave first step and very mature of you.We are sorry you had to go through all that.We can only imagine what you are going though.It must be a very emotional time for you.No one has the right to force themselves on you and they are not entitled to do so.Don't panic.We think you should consider speaking to someone openly and honestly and if you aren't comfortable with speaking to your parents you can speak to a teacher, mentor or professional for support. Sadly, we can't talk to you directly but you can call Childline SA. They will offer you counselling over the phone, in person and online. You don't need to give them your name and can contact them any time of the day or night. Contact them if you are depressed, feel alone or are scared and just need someone tot listen to you. They are here to help you! Don't forget you can contact them on their 24/7 Toll Free Helpline: 08 000 55 555 for help. Check out their website: http://www.childlinesa.org.za, Facebook and Twitter page for useful information.Please come back and tell us how things worked out for you.

Hello Tecla We are glad that we could help you.We love you as well Springster.

Hey Springster, this is so true! We all important, beautiful and worthy of recognition. Thanks for such encouraging words.

I am so proud of myself for passing with a 98℅ for my fav subject natural science and tecnolgy l can't wait to get my, term 2 report

Being a girl is definitely something to be proud of.Never be self doubtful.I once tried to date with a guy that I loved ,he was two years older than me intelligent and smart.He taught me a lot of thing😊how to say my sesotho clan praises .it reached a point where I felt that dating its a burden.I told him that I am not ready to date .I want free .it's okay to take such decisions in your life.your feelings comes thirst

Hey Thully, we're super glad that you stood up for what you believe in and made your own choice not to date. Go girl!

I Don't Regret Being A Girl,Infact Being A Girl It's Just The Best..We're Pillars Of Strengths And Rulers Of This World..Nevermind How The World Perceives Us...We're Beautiful,Intelligent, Passionate,Purpose Driven..and All Those..I'm A 17 Year Old Girl From A Poor Backround But That Doesn't Stop Me From Being The Greatest I Have Lots Of Ambition And I'd Love If All Girls Could Be More Passionated About Their Lives😍

Hi guys, is it normal to think about sex always

Power to the female organization!!... We are not inferior, we are not followers, We are not maidens, we are not carriers. We are the leaders and the Power of The world... So we shouldn't be underestimated or judged even looked down upon. We are beautiful after all.

Hey BadBunny, this is such a beautiful and inspiring comment. Wow!! Thank you soooo much! Power to us females!!

Power to the gls 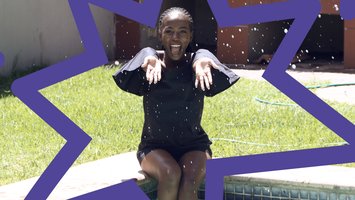 Fun things to do on a budget

Spend time with your friends without breaking the bank